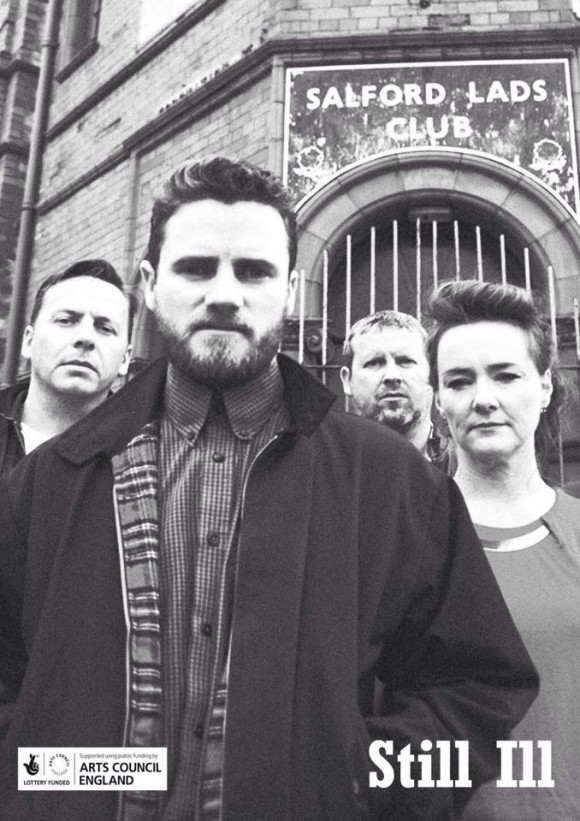 The Liverpool Salon is pleased to host an after play discussion following the performance of Still Ill by Billy Cowan at the Lantern Theatre, Liverpool.

Still Ill dramatizes Ulster’s political landscape, ten years after the Good Friday Agreement sealed the deal for Peace. The nature of politics has changed radically as new political formations emerge, often grounded in shared experiences of previously marginalized groups and identities. But as battle lines are redrawn, is the conflict any less bitter? Pauline Hadaway of the Liverpool Salon hosts an after play discussion with writer, cast and audience. Responding to the play and performance, while also considering new directions for political theatre in a changing political landscape.

Still Ill
Ulster. The Troubles are over. Police stations are closing down. Sex shops are opening up. Tommy can’t believe all the changes, but then he bumps into Gary, his old friend and fellow fan of The Smiths. The two men start a dangerous affair that pulls Tommy back into a world of violence he hoped had disappeared. A tragic gay love story between ‘the jumped up pantry boy’ and ‘the boy with the thorn in his side’. Winner of Warehouse Theatre’s International Playwriting Award.Special Recommendation Verity Bargate Award.